Home » Everything else » Terrain Generation

I’ve played around with procedural terrain generation software for quite awhile now, you use a node-based editor, plug things into one another, change settings: and hope / play around with it until it looks good.

this usually take quite awhile to render out (Exponentially as you increase the resolution of the output files), I played with 1024^2, and 2048^2; but I wanted REAL detail.

I had to manually assemble them in photo-shop (An easy job); but PS ate my ram, I worked the whole time with my back against the wall, 1gb of ram left before my PC would switch to SWAP exclusively.

Finally, I had assembled my parts, now to save it.

PNG, started up, and is taking an hour to save.

What do I hope to do with these massive files ?

I have no clue, I don’t do pre-rendered CG: so that’s out of the question, I do games.  And I don’t think any game engine can handle this size of file.  But, I can still sample it down, which means I get much better control of the scale of the landscape I try to create: I can make it a huge skybox, then snip a little area out with my detailed version  (game-play area). 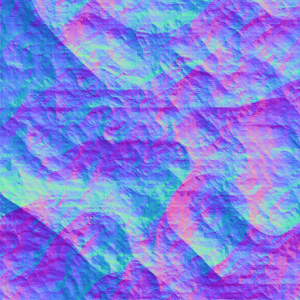 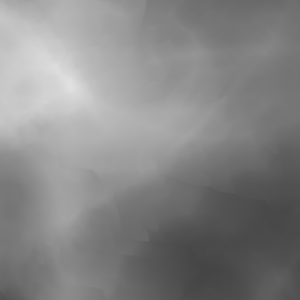 Oh wait, I still need to make the albedo.